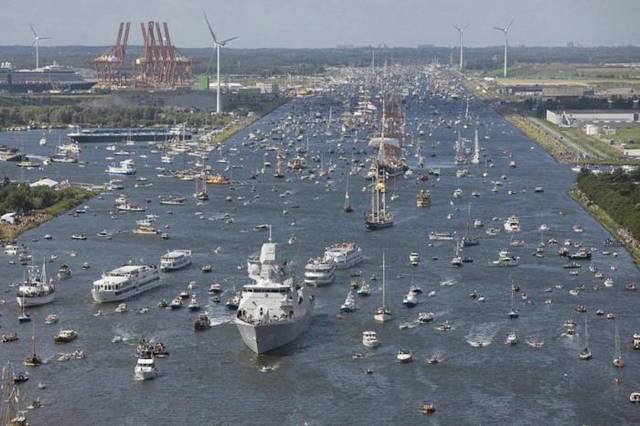 SAIL Amsterdam is a large maritime event held every five years in Amsterdam, the Netherlands. Tall ships from all over the world visit the city to moor in its Eastern harbour, and people can then visit the ships for four days (free of charge). The event was organised for the first time in 1975 to celebrate the 700th anniversary of Amsterdam, under the name ‘Sail Amsterdam 700’. At that time, interest in tall ships, which had sunk to a low since the 1930s when the last commercial tall ships had been built, was starting to rise[citation needed]. The success of Sail Amsterdam 700 led to the establishment of the Stichting Sail Amsterdam (SSA, Foundation Sail Amsterdam).

Sail is one of the largest maritime manifestations in the world, and the largest event of any kind in the Netherlands. Tens of tall ships and hundreds of other historical ships are involved. Numerous other ships and boats are present besides the participating ships, amounting to 8000 boats in the 2000 edition. The Next Sail Amsterdam will be held from 20 August to 24 August 2015.